Set of instructions given to the compiler to execute set of statements until condition becomes false is called loops. The basic purpose of loop is code repetition that means same code repeated again and again.

Where need repetition of same code a number of times at that place use Loop in place of writing more than one statements. The way of the repetition will be forms a circle that’s why repetition statements are called loops. 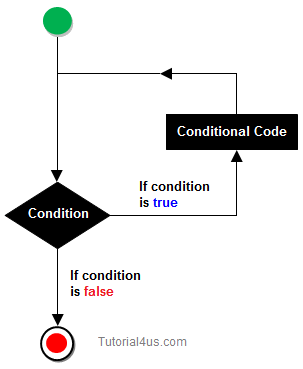 There are three type of Loops available in ‘C’ programming language.

Difference Between Conditional and Looping Statement in C++

Conditional statement executes only once in the program where as looping statements executes repeatedly several number of time.

In while loop First check the condition if condition is true then control goes inside the loop body other wise goes outside the body. while loop will be repeats in clock wise direction.

Example of while loop 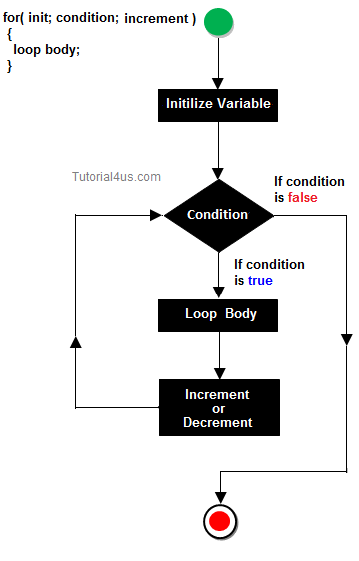 Example of for loop

In for loop whenever the condition part is replace with constant zero then it will repeats 1 st become nember of instance become 1 at the time of compilation.

Always execution process is faster than while loop when we are working with for.

In do-while loop post checking of the statement block condition part will be executed. 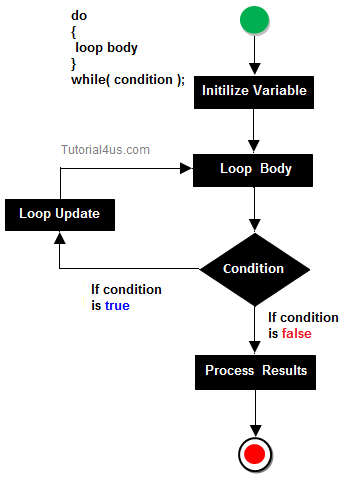 When use Do-While Loop

When we need to repeat the statement block atleast 1 time then we use do-while loop.

In Nested loop one loop is place within another loop body.

When we need to repeated loop body itself n number of times use nested loops. Nested loops can be design upto 255 blocks.