What is a Relay?

Electromagnet is constructed by wounding a copper coil on a metal core. The two ends of the coil are connected to two pins of the relay as shown. These two are used as DC supply pins.

Relay can be operated using either AC or DC.

In case of AC relays, for every current zero position, the relay coil gets demagnetized and hence there would be a chance of continues breaking of the circuit.

So, AC relays are constructed with special mechanism such that continues magnetism is provided in order to avoid above problem. Such mechanisms include electronic circuit arrangement or shaded coil mechanism.

There are also such relays, whose contacts are initially closed and opened when there is supply i.e. exactly to opposite to the above shown relay.

Solid state relays will have sensing element to sense the input voltage and switches the output using opto-coupling.

Other than the Electromagnetic relay there are many other types of relays which work on different principles. Its classification is as follows

Types of Relay Based on the principle of operation

When two different materials are joined together it forms into a bimetallic strip. When this strip is energized it tends to bend, this property is used in such a way that the bending nature makes a connection with the contacts.

With the help of few mechanical parts and based on the property of an electromagnet a connection is made with the contacts.

Instead of using mechanical parts as in electrothermal and electromechanical relays, it uses semiconductor devices. So, the switching speed of the device can be made easier and faster. The main advantages of this relay are its more life span and faster switching operation compared to other relays.

It is the combination of both electromechanical and solid state relays.

Types of Relay Based on the polarity:

These are similar to the electromechanical relays but there exists both permanent magnet and electromagnet in it, the movement of the armature depends on the polarity of the input signal applied to the coil. Used in telegraphy applications.

The coil in these relays doesn’t have any polarities and its operation remains unchanged even if the polarity of the input signal is altered.

Relays can switch one or more circuits. Each switch in relay is referred as pole. Number of circuits a relay connects is indicated by throws.

Depending on the poles and throws, relays are classified into 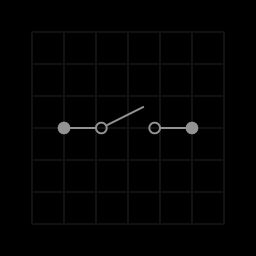 A single pole single throw relay can control one circuit and can be connected to one output. It is used for the applications which require only ON or OFF state. 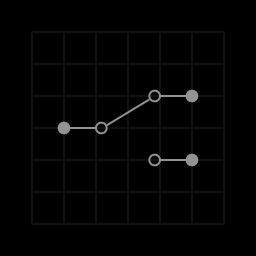 A single pole double throw relay connects one input circuit to one of the two outputs. This relay is also called as changeover relay.

Though the SPDT has two output positions, it may consist of more than two throws depends on the configuration and requirement of the application.

A double pole single throw relay has two poles and single throw and it can be used to connect two terminals of a single circuit at a time. For example, this relay is used for connecting both phase and neutral terminals to the load at a time. 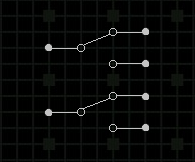 A DPDT (double pole double throw) relay has two poles and two throws for each pole. In motor direction control, these are used for phase or polarity reversal.

The switching action between contacts for all these relays is performed when the coil get energized as shown in figure below.

The applications of the relay are limitless, its main function is to control the high voltage circuit (230V circuit AC) with the low voltage power supply (a DC voltage).